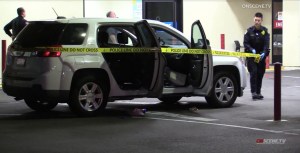 Three people were wounded during a shooting in an alley in Crown Point, authorities said Sunday.

The victims were listed in stable condition at a hospital, the San Diego Police Department reported.

Officers dispatched at 11:30 p.m. Saturday to a radio call of someone hearing gunshots in an alley in the 3800 block of Kendall Street found some blood and a gun, the department reported.

Officers learned a short time later that three gunshot victims had been taken to Alvarado Hospital in the College Area, according to OnScene.TV.

Police had no suspect information.

San Diego police urged anyone with information regarding the shooting to call Crime Stoppers at 888-580-8477.