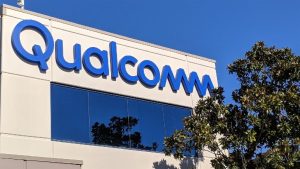 A Qualcomm sign is pictured at one of its many campus buildings in San Diego. Courtesy Qualcomm

A 5G mobile device that can connect with satellites would make communication possible from remote corners of the planet and provide a challenge to expensive satellite phones and rival broadband internet services provided by Elon Musk’s Starlink.

The companies will first do simulations on the ground before carrying out tests in space, Hakan Djuphammar, head of special projects at Ericsson’s technology arm, said in an interview.

“Discussions are on for testing on the International Space Station and with a few satellites,” he said.

A space-based network could also be used to back up terrestrial networks in the event of major outages or disasters, and offer connections in places not covered by traditional service providers.

Testing would continue well into 2023 as it needs to be seen whether the technology can do this, and if it’s feasible to build a network of satellites that can connect with phones, Djuphammar said. He did not specify when the tests would begin.

“The satellites move very fast, so the link changes very rapidly. So we are going to do all those tests to validate that the technology is mature and ready to perform these things.”