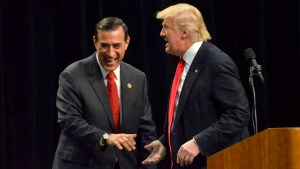 In tweets on Monday and Wednesday, the Republican congressman who represents East County accused the federal government of seeking to “go after another Republican.”

Every day that goes by is another that the DOJ chooses secrecy over transparency and breaks precedent to go after another Republican.

We know officials of the DOJ have broken the rules before to target Donald Trump.

We need to know if it happened again today.

Neither the Justice Department or Trump have publicly released the details of the search warrant.

During the events of Jan. 6, 2021, Issa was one of a number of Republican members of congress who objected to certification of the 2020 election, voting to reject the electoral votes from Arizona and Pennsylvania when President Biden narrowly beat Trump.