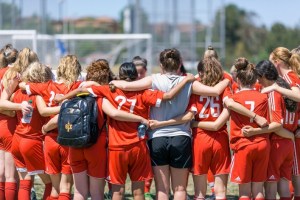 The 2022 JCC Maccabi Games, which runs through Friday, also mark the 40th anniversary of the games. Hosted by JCC Association of North America, the event has engaged more than 500,000 Jewish teens over the years.

Founded in 1982, the JCC Maccabi Games is an Olympic-style sporting competition where athletes from ages 12 to 16 can showcase their talents while practicing Jewish values. The San Diego Games will include baseball, basketball, 3×3 basketball, flag football, ice hockey, soccer, and volleyball. Individual sports competitions will include golf, swimming, and tennis.

For more information, go to jccmaccabi.jcca.org.