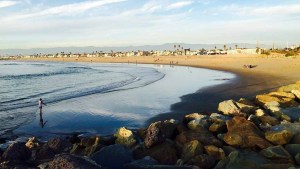 The Silver Strand was included as part of a water contact closure in Imperial Beach that was announced May 30, because sample results indicated contamination.

The county announced the update Sunday night, and also issued an advisory for both Coronado and Imperial Beach shorelines, which were previously under “warning” status.

Beachgoers were advised that “bacteria levels have exceeded state health standards and may cause illness.” Field assessments verified that there are no reported sewage spills, odors, water discoloration, or instances of the Tijuana River flow reaching recreational waters.

The Tijuana Slough shoreline, from the international border to the south end of Seacoast Drive in Imperial Beach, will remain closed until sampling confirms safe water conditions, county officials said.