Suspect Named and Re-Arrested in Fatal Ramona Shooting of Neighbor 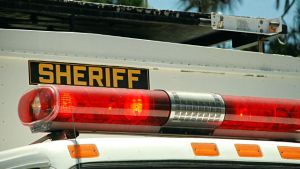 A man already in jail on unrelated charges has been re-arrested on suspicion of fatally shooting a neighbor two weeks ago at the victim’s eastern San Diego County home, authorities said Tuesday.

Homicide detectives Monday booked 29-year-old Eduardo Contreras on suspicion of murder in connection with the slaying of Jose Rojas, 59, in the 1800 block of La Brea Street in Ramona, according to the San Diego County Sheriff’s Department.

Deputies responding to a report of a shooting shortly after 7 p.m. Aug. 4 found the victim suffering from a gunshot to the head outside his home. Paramedics took Rojas to a hospital, where he was pronounced dead two days later, Lt. Chris Steffen said.

The day after Rojas was gunned down, Contreras — described by sheriff’s officials as an acquaintance of the victim — was arrested near his apartment in the 1700 block of La Brea Street on drug-possession charges. He has been in custody since.

It remains unclear what prompted the deadly gunfire.

“The circumstances and motivations are still under investigation,” Steffen said Tuesday morning.

Contreras has been booked on suspicion of murder along with drug and weapons offenses, including being a felon in possession of a gun and possessing a firearm silencer. He was being held at San Diego Central Jail without bail pending arraignment, scheduled for Wednesday afternoon.