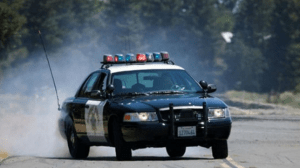 One passenger was severely hurt and three others were injured in a felony DUI crash in Lakeside, authorities said Monday.

A 51-year-old man in a Toyota 4-Runner made a U-turn at the intersection of State Route 67 and Mapleview Street, traveled southbound in the northbound lanes of SR-67, then collided with a 23-year-old male driver of a Toyota Highlander and his two passengers around 11:25 p.m. Sunday, according to the California Highway Patrol.

“All occupants of both vehicles were wearing seatbelts,” said Officer Travis Garrow. “However, because of the crash, all involved parties suffered injuries.”

The driver and 29-year-old passenger were transported to Sharp Memorial Hospital in San Diego suffering minor to moderate injuries. The 18- year-old was transported to Scripps Mercy Hospital with major injuries.

The 51-year-old driver was also transported to the hospital suffering minor injuries. He is expected to be booked into the San Diego County jail on suspicion of DUI.

The passengers were two men, an 18-year-old from Ramona and a 29-year- old from Victorville.