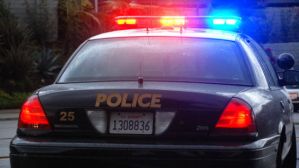 Authorities Wednesday publicly identified a teenage boy who was killed last weekend in a suspected gang shooting in City Heights.

Patrol officers responding to a report of gunfire found Enrique Medina, 14, lying mortally wounded on a sidewalk at Polk Avenue and 37th Street shortly after 1:30 p.m. Sunday, according to the San Diego Police Department. He was pronounced dead at the scene.

Investigators believe the victim was walking through the area when four youths in their mid- to late teens confronted him.

“At least one of these males issued a gang challenge to the victim,” SDPD Lt. Jud Campbell said. “As the victim ran away, (they) chased him and shot him.”

The group of suspected gang members then got into a light-colored sedan and fled in it to the south, the lieutenant said.

Police have announced no arrests in the case.

“Detectives are gathering and reviewing evidence and interviewing potential witnesses,” Campbell said. “This is an open and ongoing investigation.”