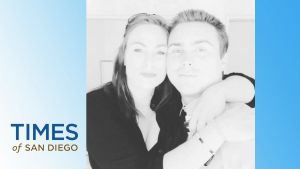 Two additional suspects were behind bars Friday in connection with the fatal alleged gang shooting last year of a 44-year-old woman near Emerald Hills Neighborhood Park.

Lloyd Dozier, 22, and 19-year-old Jaylen Lemonte Thomas were arrested Thursday for allegedly taking part, along with two other men, in the killing of Tamara Shellum of San Diego, according to police.

Shellum was found dead late on the morning of May 9, 2021, in a parked car with bullet holes in its windshield in the 5600 block of Bethune Court.

Gunshots had been reported in the area late the previous night, though it was unclear if they were the ones that killed Shellum, according to the San Diego Police Department.

Detectives identified Dozier and Thomas as suspects in the slaying four months ago, after the pair allegedly robbed a San Ysidro clothing store on March 13, SDPD Lt. Steve Shebloski said.

Dozier was taken into custody at a home on Via Las Colinas in Temecula. During a search of the residence, investigators with a Riverside County task force recovered an assault rifle, a 9mm pistol and hundreds of rounds of ammunition, Shebloski said.

Shortly before Dozier was captured, SDPD officers located Thomas in Linda Vista, according to police. The suspect allegedly fled in a car, leading a pursuit that ended when he crashed the vehicle into a center median on state Route 52 near Santee and was arrested. Officers recovered a loaded 9mm handgun in the car he had been driving, according to police.

A 20-year-old woman who had been with Thomas during the road chase was evaluated by medics and released a short time later, the lieutenant said.

The arrests followed two others in the case. About two weeks after the discovery of Shellum’s body, investigators arrested 21-year-old Kenneth Earl Brooks on suspicion of taking part in the slaying. Prosecutors allege that Brooks was targeting other gang members at the time, though Shellum was not one.

Brooks also is charged in another homicide in Emerald Hills. He and a co-defendant, Tahjee Ector, 24, allegedly took part in the slaying of 28-year-old Arif Abdalla on Lenox Drive on May 31, 2020, also while trying to target rival criminals.

Abdalla — who, according to prosecutors, was not a gang member — died in a hospital about a week after the shooting.