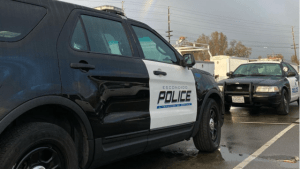 A car struck and killed a 73-year-old bicyclist Thursday in Escondido.

The vehicle hit the man from behind shortly before 10:30 a.m. as he was riding south in a bike lane on North Broadway, near El Norte Parkway, according to the Escondido Police Department.

The bicyclist died at the scene of the crash, Lt. Suzanne Baeder said. His name was withheld pending family notification.

Paramedics took the driver, a 69-year-old woman, to a hospital for medical assistance of undisclosed nature, according to police.

No other injuries were reported.