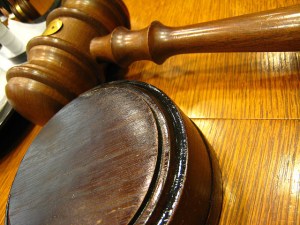 A Chula Vista woman who faked a cancer diagnosis to avoid prison time was sentenced Tuesday to two years behind bars.

Ashleigh Lynn Chavez, 38, was originally set to be sentenced in another case after pleading guilty to embezzling more than $160,000 from her former employer.

However, two days prior to her sentencing date in San Diego federal court, Chavez submitted a forged doctor’s note that stated a biopsy had revealed “cancerous cells” in her uterus.

Though she was ultimately sentenced last year to just over a dozen years in federal prison, the forged doctor’s notes allowed her to stay out of custody for three more months than originally permitted in order to receive medical treatment.

In addition to avoiding custody, prosecutors allege she attempted to avoid making restitution payments to the fraud victim, because she was supposedly too ill to work.

After she was sentenced, Chavez also forged more letters from two different San Diego-area physicians, according to her plea agreement.

One of the letters stated that her supposed cancer had progressed to Stage II and subsequent letters recommended she serve her time in home confinement rather than prison.

Prosecutors say Chavez wrote one of the letters under the name of a San Diego-area oncologist, which stated “(a) year in prison could be a death sentence for my patient … I highly recommend the chance to allow home confinement or anything else that you deem appropriate rather than a year in prison.”

The U.S. Attorney’s Office said one of the doctors previously treated Chavez, but not for cancer, while the other doctor had never heard of her. When contacted by government representatives, both doctors denied writing any of the letters.

Chavez surrendered to authorities in October to begin serving her term on the fraud case, then pleaded guilty earlier this year to a federal obstruction of justice count in connection with the forged doctors’ notes. The two-year sentence she received on Tuesday will be served consecutively with her other case.

At her sentencing hearing on Tuesday morning, Chavez apologized to U.S. District Judge Anthony Battaglia — who sentenced her on the previous case — and told him “I did not mean any form of disrespect. I was just scared.”

Her defense attorney, Benjamin Kington, said that prior to her sentencing last year, Chavez had just given birth and was “terrified” at the thought of being separated from her child, prompting her to panic and delay her self-surrender in order to spend more time with her baby. Though she does have ongoing health issues, Kington said she exaggerated the extent of those problems in her forged letters.