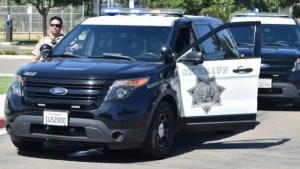 A man suspected of fatally shooting his brother-in-law and father-in-law over the weekend at a Valley Center home was behind bars Monday, according to San Diego Sheriff’s officials.

Shortly before 10 p.m. Sunday, a woman made an emergency call to report that her husband had been shot at a residence in the 14700 block of Interlachen Terrace, the Sheriff’s department said.

Arriving in the rural neighborhood east of Daley Ranch, deputies spotted Bobila driving a minivan a few blocks from the scene of the homicides, pulled him over and took him into custody, Steffen said.

Inside the home, deputies found the victims, ages 45 and 79, dead from gunshot wounds to their upper bodies. Their names have been withheld.

After being questioned by detectives, Bobila was booked into county jail in Vista on suspicion of two counts of first-degree murder. He was being held without bail pending arraignment, scheduled for Wednesday.

It was not clear what prompted the deadly shooting.

“The circumstances and motive in this case are still under investigation,” the lieutenant said Monday afternoon.