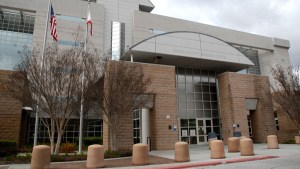 An Escondido man who drove drunk on state Route 79, where he fatally struck a motorcyclist, appeared in court Monday to receive a sentence of 15 years to life in state prison.

A jury in Vista convicted Eric Randall Cripe, 54, earlier this month of murder and other counts for the death of Matthew Garrett Mylerberg on Aug. 22, 2021.

Cripe struck Mylerberg, 33, of San Diego, at around 3:30 p.m. after his 2002 Toyota Tundra veered into oncoming traffic near Aguanga Ranchos Road in the Warner Springs area, according to the California Highway Patrol.

Cripe’s truck drifted off the eastern side of the roadway, then swerved back to the left into a southbound lane, where it collided with an oncoming 1991 Harley-Davidson Sportster, CHP Public Affairs Officer Travis Garrow said.

Mylerberg, struck by the passenger side of Cripe’s truck, died at the scene.

Deputy District Attorney David Uyar said a breath test taken two and a half hours after the fatal crash showed Cripe had a blood-alcohol-content of 0.17 percent, which is more than twice the legal limit in California.

Prior to the jury receiving the case, Cripe pleaded guilty to a misdemeanor hit-and-run count involving property damage for a separate crash that happened earlier on Aug. 22, Uyar said.