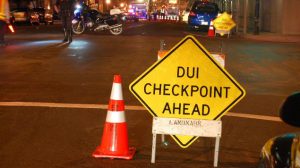 Five motorists were cited for driving on a suspended driver license at a checkpoint, police said Saturday.

The checkpoint was conducted by the National City Police Department between 6 p.m. and midnight Friday at 100-200 Mile of Cars Way.

Of the 1,014 vehicles passing through the checkpoint, 274 cars were screened. Eighteen drivers were issued citations for not having a valid driver license and five vehicles were impounded. No motorists were arrested on suspicion of driving under the influence, police said.

The checkpoint was funded by a grant from the California Office of Traffic Safety.