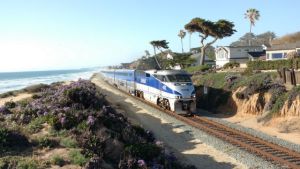 A pedestrian was struck and killed early Sunday morning by an Amtrak train near the station in Sorrento Valley.

Deputies were dispatched at 1:05 a.m. to the station at 11170 Sorrento Valley Road, where the victim was pronounced dead at the scene, said Sgt. Jason King of the San Diego County Sheriff’s Department.

The identity and age of the victim were not immediately released by authorities.

Deputies urged anyone with information regarding the death to call the the Sheriff’s Transit Enforcement Unit at 858-565-5200.