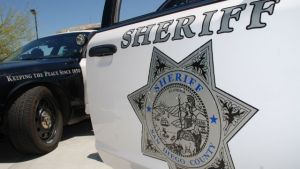 A San Diego Sheriff’s cruiser. Courtesy of the department

Increased impaired driving patrols were being conducted by the San Diego County Sheriff’s Department from Saturday through the end of the Independence Day holiday weekend.

So far this year, the sheriff’s department has arrested nearly 450 people for driving under the influence, officials said. Last year, deputies arrested 909 people for impaired driving in San Diego County.

Funding for the increased patrols was provided by a grant from the California Office of Traffic Safety.