Suspect at Large After Carjacking Woman at Gunpoint in Rancho Bernardo 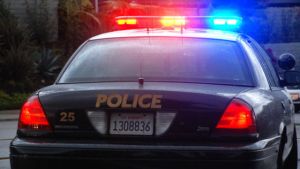 Police Friday looked for a man suspected of using a gun to threaten a woman and take her SUV in Rancho Bernardo.

A man in his mid-20s allegedly walked up to a 36-year-old woman in a green 2020 Toyota Rav4, pointed the gun and demanded her vehicle. The confrontation took place at an apartment complex in the 11200 block of Paseo Montanoso around 10:30 p.m. Thursday, according to the San Diego Police Department.

“She gave him the keys and he drove away in her car,” said Officer Robert Heims.

The officer said the suspect was last seen driving out of the complex and police did not know where he went from there.